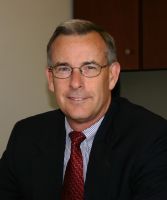 C&U Americas, the North American subsidiary of The C&U Group, has named William (Bill) A. Childers as its new president. The announcement was made by XianLiang (Peter) Zhou, chairman of C&U Americas, who noted that Childers brings a wealth of management experience and bearing market expertise to the C&U Americas team. Childers will be responsible for managing all aspects of the C&U Americas’ business, including new business development, sales, marketing, engineering, customer service, warehousing operations, and administration. “The C&U Americas organization has shown impressive growth and is establishing an encouraging foothold in the NAFTA bearing market.

We are now taking our business to the next level and building an even stronger C&U Bearing brand in the U.S. We believe Bill Childers is the right person for the job and has the leadership qualities that we need to make it happen. We are delighted to have him on our team,” Zhou stated. Childers officially joined C&U Americas this past August. Prior to C&U, he served as president of Rexnord North American Sales for four years. He was also president of Superior Electric div. Danaher, president of NSK Canada, and a senior vice president at NSK Americas Industrial.

Childers started in the business with Emerson Power Transmission and capped off an impressive 25-year career with the company as its vice president of sales. Childers graduated from Michigan State University with a BSME and earned an MBA from Syracuse University. He maintains a very active roll in the PTDA and BSA Distributor Associations for Bearings and Power Transmission. He is a current member of the board of directors of PTDA and has served as a chairman of the Manufacturers Council.