China continues to publish statistics on the production of bearings. In late October, the statistics on the volume of production in the regions over the first eight months of 2012 are released. According to the national bearing manufacturers statistics, from January to August released a total of 1 121 780 670 000 bearing kits. In this case, the provinces of Jiangsu, Zhejiang, Shandong, Hubei and Shanghai, where the main production units, accounted for more than 585 billion packages, or nearly 52% of the total national production. 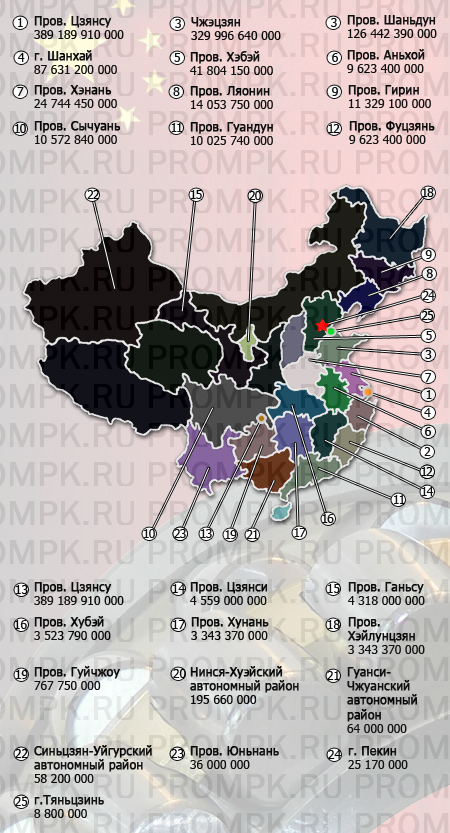 The volume of production of bearings in the regions of China in the first eight months of 2012 in the piece.

As of September 2012, industrial facilities related to the production of bearings, there were more than 1,000, and they were located in 25 regions of China. A significant proportion of them – in the eastern coastal provinces, where the most developed infrastructure and are large consumers. At the same time, in remote regions such as the autonomous regions of Xinjiang Uygur and Ningxia Hui, the number of equipment with bearings are very small and often maintained by the state.