Kaydon Corporation – U.S. manufacturer of bearings for special purposes – this week announced a restructuring of the business of bearings for wind power in order to adapt production capacities to the current needs of the market, and in the expenditure part of the third reporting quarter will be recorded 47-52 million (excluding tax) . This restructuring is a response to current and expected situation in the market of wind energy and defense zakaza1). It will bring the production capacity and the number of staff in line with new requirements to reduce costs, increase profits and creating resources for future reinvestment. 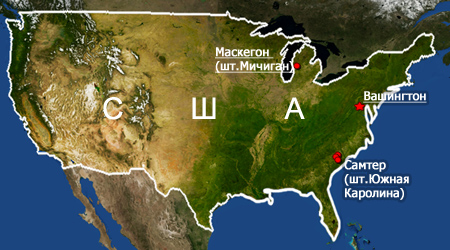 Kaydon bearing plants in the U.S., most of them are in the East Coast ( South Carolina), where precision bearings are available for civil and military equipment, including wind energy turbines.

James O’Leary, Chairman and CEO, explained the move negative situation on the market:

“While we believe that wind power is viable market in the long run, it will be challenging the long regulatory uncertainty in the U.S., including the upcoming expiration of the production tax kredita2), and a weak global economy in the near future. Accordingly, we will maintain the capacity to service existing and potential customers, and we believe it is appropriate to reduce the capacity for wind energy at the moment. Since in 2006 Kaydon announced expansion of production capacity for wind power, he has achieved a leading position in the global market, which recognizes and its brand, and its technical features. However, the global financial crisis, severe cost savings throughout the world, as well as new methods of shale gas production have combined to reduce and current perspectives, and expectations in the long term growth of this market, especially in North America … “

Furthermore, Kaydon announced the consolidation of production facilities in Sumter city (pcs. South Carolina) – carry the production of one of the three plants, previously focused on production for wind energy and military equipment to neighboring areas of the company. Closure of the company and moving production will begin this year and is expected to be completed in 2013

1)      In September 2012, the White House warned the U.S. Congress on sequestration defense budget due to lack of coordination of national budget revenues and expenditures, which could adversely affect the country’s economy. Automatic budget cuts may begin January 2, 2013. The defense budget of the United States in the next decade could “lose weight” by nearly $ 500 billion because of the defense contractors could lose a significant part of the revenue that will push them to the closure of several million jobs.

2)      The production tax credit (Production Tax Credit; PTC) was adopted as part of the Energy Policy Act of 1992 and is active in almost 7 years. Is one of the most important benefits for the U.S. renewable energy industry, as it allows keeping the price per kilowatt-hour at a competitive level compared to other energy sources.

Several times it has been extended. However, by the end of 2012, the U.S. Congress, apparently, does not extend this provision. What causes to lose jobs 37 thousand people, close plants, and private investors from investing billions in energy, built on renewable energy sources.

So, last month, Siemens AG announced that it will cut more than one-third of employment in the wind energy business, including 746 jobs at American manufacturing plants for wind energy turbines in Fort Madison (Iowa) and the city of Hutchinson (pcs. Kansas).