The last year for the Russian space was probably not the best. Despite massive injection into the sector budget and launch of 35 satellites into the orbit, financial fraud surfaced in a number of businesses fail from the satellite Express-MD2 and Telkom-3, degradation of the GLONASS satellite system and a number of other problems. Some of them, may be associated with poor-quality bearings.

In mid-December 2012 illegal production of bearings was reported by the Federal Security Service in the closed shop of Samara, which were designed for military and industrial technology. In the interest of the investigation details were not disclosed, but most likely, they were bearings for aerospace, given that in Samara focused many manufacturing enterprises of space and aviation. 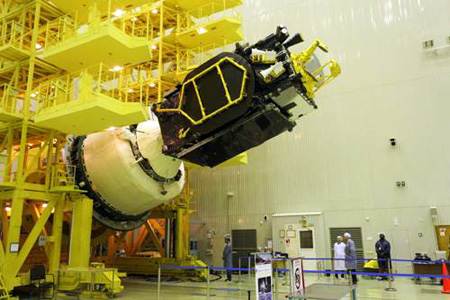 Problems in the unit Briz-M booster rocket Proton-M, which brought on the wrong orbit, most likely with the destruction of the bearing turbo

Another bad news came from the Russian Space Agency. The Russian Space Agency, reported that one of the main causes of failure in the engine upper stage Briz-M booster rocket Proton-M, which incorrectly led Gazprom’s telecommunications satellite Yamal-402, by the destruction of the bearing in the turbo. This is despite the quality system and toughen receive products in the space industry.

According to experts, damaged bearings could be caused by not met requirements specification (the bearing was defective), or because of problems in the “trim”, for example, the loss of integrity of bearing unit (because of below standard seals).