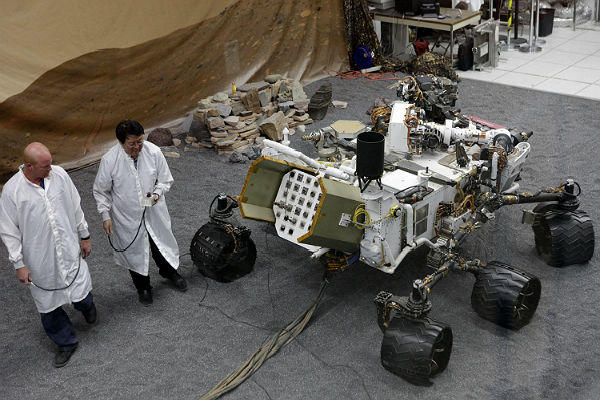 After landing on the Red Planet early Monday morning, the Mars rover Curiosity is ready to put its laboratory instruments to work analyzing samples of rocks, soil and atmosphere.

Curiosity will analyze dozens of samples scooped from the soil and cored from rocks as it explores with greater range than the previous Mars rovers. Instruments onboard Curiosity include a spectrum analyzer that requires advanced motion control and a miniature pump—both will be involved in the process of collecting and analyzing specimens.

The center hub of the Curiosity’s carousel system rotates on Timken bearings, positioning sample cups. In addition, the vacuum pump, the size of a “D” cell battery, supporting the analytical equipment utilizes two miniature Timken bearings with an outer diameter of 0.2500 inches.

About The Timken Company

The Timken Company (NYSE: TKR; www.timken.com) keeps the world turning with innovative friction management and mechanical power transmission products and services that help machinery perform more efficiently and reliably. With sales of $5.2 billion in 2011 and approximately 21,000 people operating from locations in 30 countries, Timken is Where You Turn® for better performance.