CANTON, Ohio — Between 300 and 400 Timken employees are facing temporary layoffs, after a poor third-quarter showing by the company.

In a statement to Fox 8 News, a spokesperson says Timken Steel has experienced lower customer demand across its market sectors.
As a result, operational schedules have been adjusted over the last few months, resulting in 160 employees being placed on longer-term layoffs. 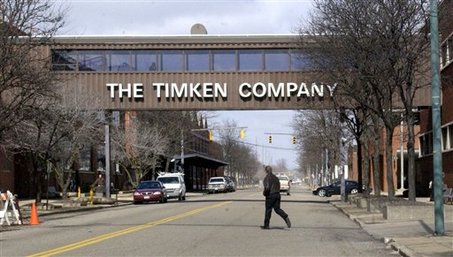 Beginning in December, the Harrison and Faircrest steel plants will also shut down for a week at a time, on an alternating basis. That move is expected to impact 300-400 employees at those plants.
Spokesperson Dan Minnich says these layoffs are the result of a decline in customer demand that usually occurs in December.
All employees have full recall rights, with an opportunity to regain employment at Timken as demand rebounds in 2013.