The Nomura Research Institute has agreed to participate in the early stages of the multi-billion-dollar Project Iron Boomerang, which also involves the consulting arm of Britain’s Tata Steel. 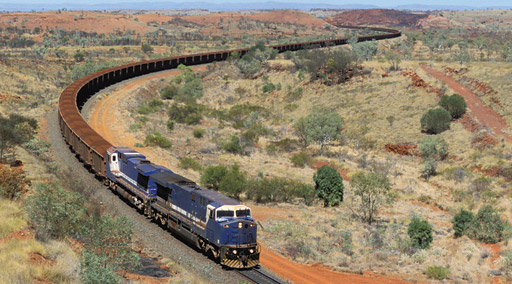 The NRI, which signed an agreement to join the project in Tokyo yesterday, is expected to lend its expertise to analyzing stage-one plans, which involve building a new town for 20,000 people and a giant slab-steel plant near Queensland’s Abbot Point export coal terminal, north of Bowen.

The project is aimed at creating an efficient slab steel industry in Australia that can export to Asia and the rest of the world, but could carry a total price tag of as much as $50 billion if fully implemented.

The idea of building a railway across Australia’s top end to efficiently link coking coal and iron ore deposits has been pursued before.

The man leading Project Iron Boomerang, Shane Condon, said with steel demand rising in Asia it was the right time for the plan to get off the ground.

“Project Iron Boomerang will bring together Australia and the major trading nations of Asia,” he said.

Describing the project as a “game changer” for productivity in Australia, he said it would overcome the misguided belief that value-adding in steel manufacture was too difficult in Australia.

The project would see another slab-steel plant built at Port Hedland in the Pilbara. Australia currently produces rolled steel, but no slab steel.

The mills would probably be built according to modular designs from Tata Steel that are up 20 per cent more efficient than any other steel mill, according to the company.

The project’s backers claim efficiencies will come about in several ways: having freight cars fully loaded in both directions, reducing the shipping of ore by instead shipping a more compact finished product, and having the steel ships carry normal container loads on their return to Australia.

The feasibility study is expected to cost more than $30 million, which will be funded by Mr Condon and the project’s backers, whose names have not yet been released.

It is expected to take two years, during which East West Line Parks intends to continue securing first option on a preferred corridor of land for the railway, which will run north of Alice Springs to Newman in the Pilbara.

Mr Condon has been in talks with the world’s top 10 steelmakers in Asia and Europe for several years about the project, which he believes will generate 20,000 jobs.

If it is to get off the ground, he envisages that 10 stakes in the project would be offered to steelmakers — one for each furnace envisaged at the steel plants.