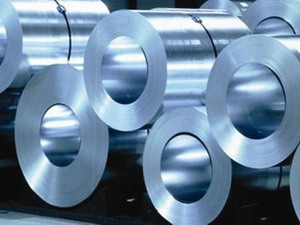 Posco Specialty Steel, which is owned by Korean steelmaker Posco, has decided to withdraw its initial public offering, which was intended to raise between W392 billion and W462 billion ($361 million to $426 million), a source said Friday.

The company, which produces high-quality steel for automobiles, machinery, nuclear power plants, shipbuilding, aeronautics and electronics, was planning to sell 14 million shares at a price between W28,000 and W33,000 each. The listing was targeted for December 14.

The volatile market conditions have made it difficult for would-be issuers to take advantage of rising stock indices, leading a total of 78 companies in Asia ex-Japan to withdraw their IPOs so far this year, according to Dealogic. There were five such cases in November alone, including Posco Specialty Steel, the data show, but the year-to-date figure is far lower than last year when a total of 128 companies withdrew new listings.

With regard to Posco Specialty Steel, the order book was not strong enough and the price that investors were willing to pay was too low for the company to want to go ahead with the deal, the source said. In particular, the demand from domestic investors was not as strong as expected, the person said.

There is a possibility that the deal will come back in the future, but there is no view on that at this point, the source added.

If successful, the IPO would have been the biggest in Korea this year, exceeding CJ HelloVision that started trading on November 9, according to Bloomberg data. South Korea’s biggest cable-TV provider raised $267 million from its offering after fixing the price slightly below the mid-point of the range.

Posco Specialty Steel launched an international roadshow on November 21 and the bookbuilding took place on Wednesday and Thursday last week. The company made the decision to withdraw the IPO on Thursday night, according to the source.

The specialist steel company is based in Changwon and has the capacity to make 800,000 tonnes of crude steel a year, according to its website.

Korea’s benchmark Kospi index, which fell 0.1% on Friday, is up 5.9% so far this year. That puts Korea well behind other Asian markets such as Japan, where the Nikkei 225 is up 11.7%, and Hong Kong, where the Hang Seng Index has gained 19.5% year-to-date.

Korea Investment & Securities and Tong Yang Securities were joint global coordinators for the deal, and KB Investment and Goldman Sachs joined them as bookrunners.